How to Beta Without Breaking Hearts 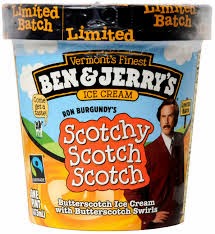 I'm actually very lucky because I lucked my way into a really great group of critique partners and beta-readers.  But, even the best CPs and Betas sometimes make mistakes.  Break hearts.  Leave hopes dashed.  It just comes with the territory.  You're going to write down a note at some point that makes someone else want to vomit.  This will, of course, make you want to vomit.  Next thing you know, everyone's vomiting, pints of Ben & Jerry's are being consumed, Scotch is swilled, and, hopefully, things are put to right.

So, how can we all avoid this?  Well, I'm no expert but here are a few simple rules to get you started down the road to fewer heartbreaks and far less Scotch:

Some people have thick skins.  Others are hot-house flowers just waiting to wilt at a moment's notice.  As a CP, it's your job to ask a few questions and figure out just who you're dealing with.  I, for example, once sent one of my CPs back a manuscript covered in nothing but "do this better" notes.  I figured, she knows just how much I love her stuff and she doesn't want me to gush so why don't I just get to the nitty-gritty.  Remember that vomit I mentioned earlier?  Establish some rules and expectations before you get started.  It'll help.

2.  Only Give Them the Feedback They Ask For

If your CP sends you a manuscript and asks if the characters need more backstory, then stick to that.  They didn't ask you for your opinion on anything else and you have to respect that.  If they ask for something you can't do (MUST CORRECT THE PUNCTUATION, MUST CORRECT THE PUNCTUATION), then tell them that, for this request, you might not be the right person for the job.  It's okay.  It'll all be okay.  They want something that you can't give them.  Try again next time.

3.  Be Honest, Even When It Hurts a Little

Hopefully, you established some ground rules and have both agreed to the terms of your edits.  Now, even though this might sting, you have to tell it like it is.  You are not doing anyone any favors if you aren't being honest.  Beating around the bush and not addressing concerns is only going to leave someone more heartbroken than they need to be.  We're all supposed to be professionals here and constructive criticism is just part of the game.  Now, I'm not saying that you should be twirling the ends of your handle-bar mustache and trying to hurt someone's feelings but you aren't being helpful if you aren't speaking the truth.  You cannot send someone out there into the world of queries and rejections with a manuscript you knew wasn't ready.  That's not fair.

4.  Step Away From the Manuscript

We all have things we like.  We all have things we don't like.  I, for one, love bologna.  My wife holds that particular deli-meat in the same company as dog vomit.  So, there isn't a sandwich on Earth with bologna in it that she'll ever find tasteful.  She will never be able to give me a useful critique of my fine bologna sandwich building techniques because she already hates the stuff.  So, if your CP asks you to read their fresh-out-of-Nano sci-fi YA extravaganza and you would rather have your fingernails yanked out before you read about a single warp transflux cryo-capacitor, you'd better say something.  You're the wrong person to be reading that manuscript no matter how much you love your friend's writing.  Step. Away. From. The. Manuscript.