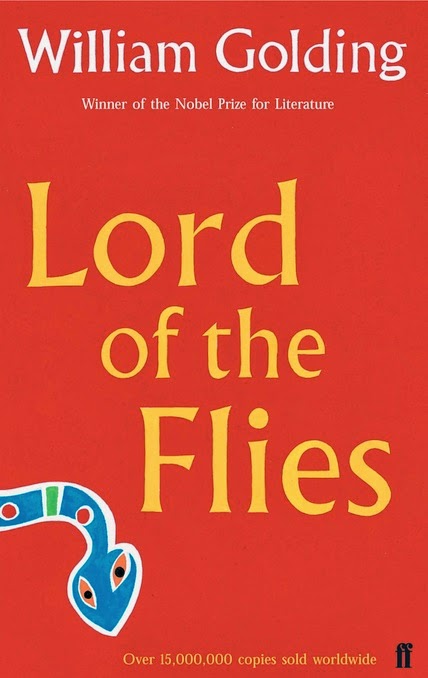 Tell us a little about yourself: what is your first name, how old are you, and what is your favorite flavor of ice cream?
My name is Therese, I am 13 years old, and I love chocolate ice cream!

What book did you read and why did you choose it?
I most recently read Lord of the Flies, I chose it because not only is it a classic but I also saw a friend of mine perform in the show as Simon, and wanted to check it out.


Can you describe this book in one word?
Brilliant. I say that because of the writing style, the contemplation it requires to process the plot and progression of the book, and the convincingness with which the book leads you to believe this could actually happen.

If you had a problem similar to the main character's problem, what would you do?
The main character, Ralph, has many difficult and very extreme situations that can hardly compare to my life, but one I think I could fathom (barely) is being stranded on an island. Were I to be stranded on an island, or more specifically, with many other people, I believe that I would use my admittedly sparse knowledge of survival combined with my reason and civilized sense of order and morals (that comes in most cases, easier to teenage girls than teenage boys) to keep order and hope up as strong and as long as possible.

What would you say to your best friend to convince them to read this book?
Were I to convince my best friend (or anyone for that matter) to read this book, I would like to point out the intrigue of psychological study in this book, along with the haunting beauty of the words and the scenes that are painted by the author, as well as the touching emotional pieces and life changing chapters that leave one to truly contemplate the strength of civility. This book is a classic for a very good reason!

What do you think about the book's cover?
The book actually has different covers depending on the copy, but the cover I got I did not like. I thought it was not a graceful fit of art for the plot, and was not done in any special or exceptional way. It did at least however cover the main symbols of the book--fire, Piggy's glasses, and the spears of savagery.

Can you name another book that reminds you of this one?
There are only two books that come to mind when thinking of similar stories, and that is Hatchet by Gary Paulsen, and The Hunger Games, by Suzanne Collins. I think of hatchet because it too is a survival story, with stakes also high and frightening--in a much different way of course. Hunger Games is not a close fit either, because it would in all honesty be unfair to compare the writing of William Golding to anyone writing a science fiction novel. However, much like Lord of the Flies, The Hunger Games addresses survival, and psychological terrors including children vying for life.

If you could ask the author one question about this book, what would it be?
I would like to ask the author what happened to "the boy with the mulberry birthmark," a young character who goes missing and never returns, fairly early on in the book. His disappearance is mentioned in a few places throughout the book, but never explained.

Since Mr. Golding passed away in 1993, we added a bonus question for Therese: What's next on your reading list?
I am reading the boy in the striped pajamas for school, but on my personal list I would like to get a chance to read The Lord of the Rings series.


***
Thanks for all your thoughtful answers, Therese!
***

Lord of the Flies by William Golding
A plane crashes on an uninhabited island and the only survivors, a group of schoolboys, assemble on the beach and wait to be rescued. By day they inhabit a land of bright fantastic birds and dark blue seas, but at night their dreams are haunted by the image of a terrifying beast.

In this, his first novel, William Golding gave the traditional adventure story an ironic, devastating twist. The boys' delicate sense of order fades, and their childish fears are transformed into something deeper and more primitive. Their games take on a horrible significance, and before long the well-behaved party of schoolboys has turned into a tribe of faceless, murderous savages.

First published in 1954, Lord of the Flies is now recognized as a classic, one of the most celebrated of all modern novels.