Being a pre-teen is hard. There's school, homework, that booger-dripping kid who's never giving you enough personal space on the playground, Mom, Dad, the cat that rubs its butt on your face while you sleep, the list goes on, doesn't it, poor baby? It's so hard to survive that age.

Oh waily waily waily! Be thankful you don't have to survive survive, sucker. Finding yourself? Try finding your own food. Making your bed? Try making your own shelter. That cat and its nasty nocturnal rear end habits? Okay yeah, that's disgusting.

So here are some of my favorite survival stories, organized from most recent to oldest. It's amazing to me how well the older ones hold up -- they're just that good! 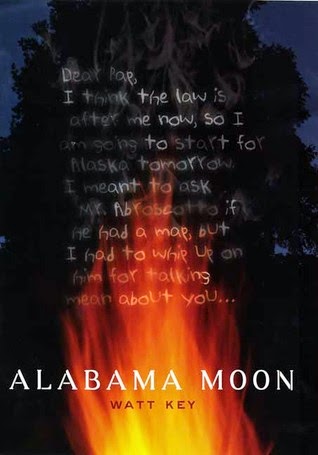 The book starts out in the woods with Moon Blake, age 10, in the process of loading his father's corpse into a wheelbarrow.

Talk about a perfect example of a first page, automatically drawing readers in. Moon had lived with his father in a self-built bunker in the woods, choosing to be self-reliant and hide from a government that 1.) never did anything for them and 2.) charged them for it. All is well until Moon's Pap breaks his leg, refuses to get treatment for it, and dies from infection.

Must I say more? A more intriguing premise I have not seen in recent memory. 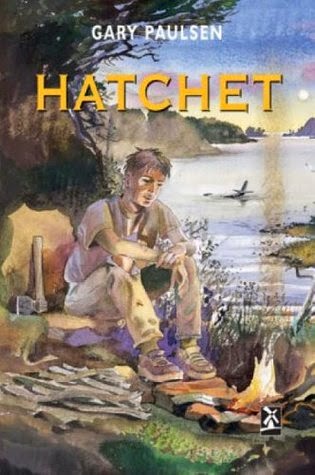 Ah, the classic survival novel. Many kids will have this assigned reading in fourth or fifth grade, and there's a reason for that. Brian is the lone survivor of a plane crash somewhere up in Canada and must figure out how to keep from dying. Alone with no useful skills, Brian's quest to hang onto life itself makes this book unputdownable.

Always wanted to know how to start a fire? Brian sure could have used that bit of Boy Scout knowledge. Maybe you could give him pointers on which red berries are okay to eat and which will give him the runs something fierce? And when the rustling in the night starts... hoo boy!

Dang it, this is one of the best books out there -- not just survival books, not just childrens' books, book books. Get it now or I will offer you some deliciously bright red berries. 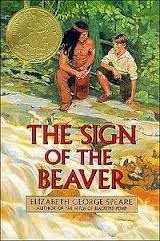 Another great setup: Matt, a kid in the frontier days, must survive the long winter in his log cabin when his father doesn't make it back before the snows. Not only is there the constant worry of keeping food, shelter, and clothing up to snuff, but there's the issue of wild animals and invaders stealing his supplies. Good thing Matt has a gun!

I could pretty much stop now that you know the book is about a kid in the woods by himself and HE HAS A GUN. I laughed when a friend of mine told me the way he chose books as a kid: by how many guns the protagonist had. Boys, huh?

But it gets even better when Matt runs into some trouble and must rely on a Native American boy named Attean, who really doesn't want to help these wackadoodle settlers slowly stealing his land. Man oh man, these two characters are so memorable. 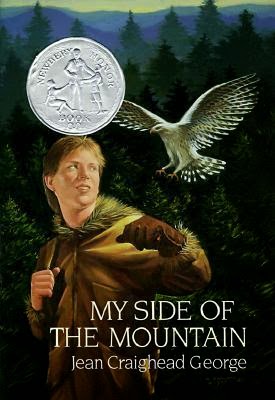 MY SIDE OF THE MOUNTAIN

We end with a book from 1959 -- yes, over fifty years ago -- that truly deserves its Newbery Honor award. I'm not sure it would have been published today, given that it's all about a boy, Sam, who tells his parents he's going to live in the woods for the indefinite future AND THEY SAY OKAY BE CAREFUL.

Hard to imagine that happening these days, isn't it? George even said in her author's note that many publishers thought they couldn't publish it because it was so wacky an idea.

But I'm glad one took a chance, because Sam's adventures are so incredibly cool. It does make living in the woods sound a lot less dirty and smelly than it probably really is, but it was so much fun and so uplifting to read about Sam's adventures in making a shelter, setting traps for food, even getting himself a pet bird.

Enjoy! And no one better be thinking about loading me up into a wheelbarrow and burying me in the woods. I got my eye on you, booger-dripper.