It's here! The cover for BREAKING THE ICE arrived right before I left for New York, so I've been sitting on it for what seems like forever.

But now I get to share it with you!

I am so in love with this cover, and could go on and on about it. Which I'll do after I show it to you.

First, a little about the book....


Kaitlin has always dreamed of being a champion figure skater, and she’s given up a lot to pursue her passion. But after having a totally uncharacteristic and decidedly NOT figure-skating-approved tantrum after getting her scores at a major competition she’s dropped by her coach and prestigious skating club.


When no other club in town will have her, she's forced to join the ridiculed and rundown Fallton Club, jokingly referred to as the Fall Down Club. At first Kaitlin thinks this is a complete disaster, but after meeting some of the other skaters, including a boy (who happens to have the most perfect hair she’s ever seen) Kaitlin thinks it might actually not be so bad.

But when she’s tasked with learning a whole new program right before Regionals and figures out that almost all the other skaters target Fallton, she thinks joining the Fall Down Club may just be the second biggest mistake she’s ever made.

In this figure skating themed debut, Kaitlin learns that when you fall down, you have to pick yourself up – even if it’s in front of judges and a crowd.

BREAKING THE ICE, for ages 8-13, will be out on March 3, 2015 from Aladdin/Simon & Schuster. You can add it on Goodreads here. Or, pre-order it from Amazon here. 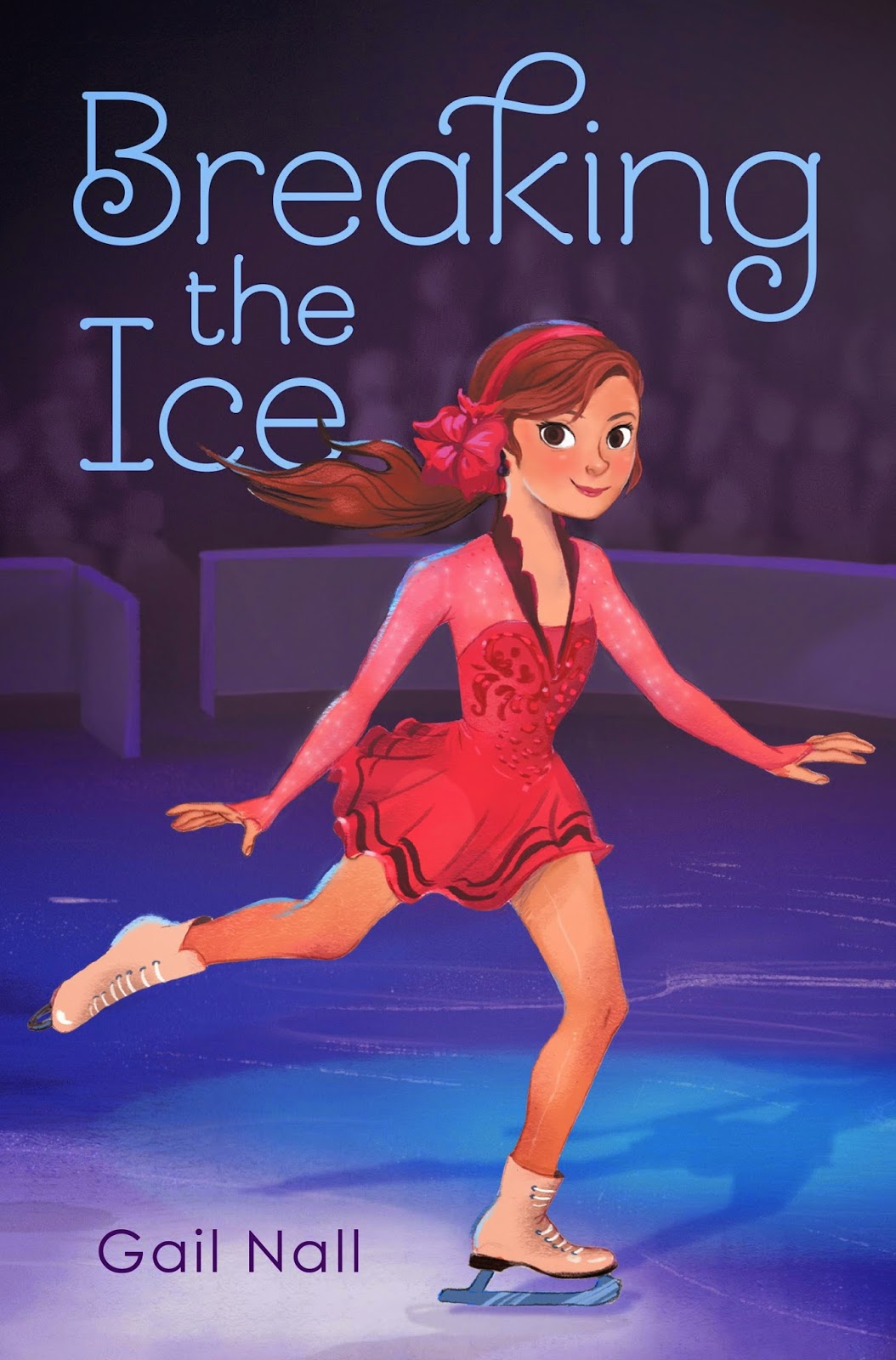 Things Gail Loves About Her Cover:

1) The hands. They're skating-perfect! When I was Kaitlin's age, I had a coach who was all about the "pressing on a tabletop" hands.

2) The FLOWER! I want one for real life. I don't know exactly where I'd wear it, but I want one.

3) That dress is to die for. Twelve-year-old skater Gail needs it for her Rocky-themed program. She doesn't know how exactly this cute red dress matches the music from Rocky, but she wants it anyway.

4) The shadowy audience. Because this is exactly how an audience always looked to me when I was competing. I knew they were out there, but I never saw faces.

5) The expression on Kaitlin's face. So. Perfect!

6) It glows, you all. My cover looks as if it's glowing from the bottom up. And get this, the hardcover jacket will have foil lettering for the title. So, not only will the cover glow, it will also be shiny. It will practically blind people from the shelves with its glowing shininess and demand to be bought! (...and toddlers everywhere will probably pluck it off the shelf and carry it around the store.)

7) The eerie and awesome similarity to the cover for the first Silver Blades book.

The artist is Andrea Fernandez, and you can find her on Tumblr here and on Twitter here.