Reaching Readers And Honoring Our Veterans


On November 11th, Veterans Day, we honor the brave men and women who dedicate their lives to protect our freedom. 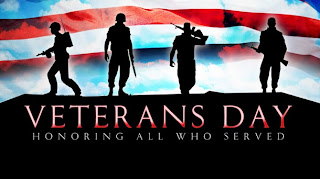 When my brother joined the military, my kids thought he was going off to be Captain America. Their uncle would be carrying a gun, shooting “bad guys”, and saving the world. Most children think a soldier going off to war is glamorous, but in reality we all know war is scary.

With so many military families serving overseas, and headlines of violence all over the world, it is impossible for children today to escape the reality of war. There are many military books available that explore this complex topic. When it comes to war books for children, the topic must be addressed realistically yet in a way that is appropriate for the young reader.

Below is a list of some war books recommended by Kidliterati.

YEAR OF THE JUNGLE by Suzanne Collins

The author of the Hunger Games gives us a picture book about a father who goes to Vietnam. It is the story of the daughter left behind. Young Suzy has to deal with Dad being gone. Will he be safe? How will she cope when missing Dad gets hard? 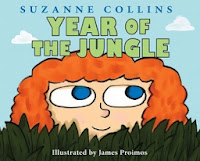 THE WALL by Eve Bunting
About a young boy visiting the Vietnam Veterans Memorial to look for the his grandfather's name among those killed during the war. A sober visit shared between father and son in remembrance to the fallen. The language is simple but poignant. 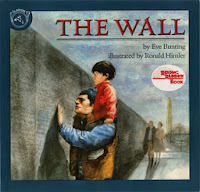 DON'T FORGET, GOD BLESS OUR TROOPS by Jill Biden
Jill Biden, wife of the vice president, tells the story of Natalie dealing with the deployment of her father for a year in Iraq. The story chronicles what life is like for a child when a parent is fighting a war away from home. 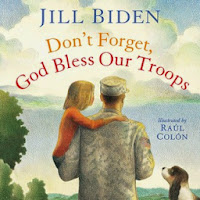 I SURVIVED SERIES by Lauren Tarshis
This series includes several books that chronicle war from a tween perspective. The fast paced action, realistic yet age appropriate, will keep even the most reluctant reader turning pages. We recommend I SURVIVED THE BOMBING OF PEARL HARBOR, 1941 and I SURVIVED THE NAZI INVASION, 1944.

A BOY AT WAR: A NOVEL OF PEARL HARBOR by Harry Mazer

Adam lives in Hawaii where his father is an officer assigned to the USS Arizona. He befriends Davi, whose parents are Japanese. When Adam and Davi witness the attack on Pearl Harbor they are snapped into action to help rescue survivors.

I AM A SEAL TEAM SIX WARRIOR: MEMOIRS OF AN AMERICAN SOLDIER by Howard Wasdin and Stephen Templin

This is an adaptation of the author's adult memoir simplified for a teen audience. The book chronicles how the author overcame a rough childhood and is selected for the elite Seal Team Six. It describes real missions in detail, including the Battle of Mogadishu, without tip toeing around the realistic and graphic details.


UNBROKEN: AN OLYMPIAN'S JOURNEY FROM AIRMAN TO CASTAWAY TO CAPTIVE by Laura Hillenbrand 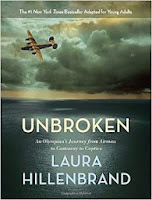 What other war books would you recommend for children?