Secrets of Kidlit: How Does This Co-Writing Thing Work? 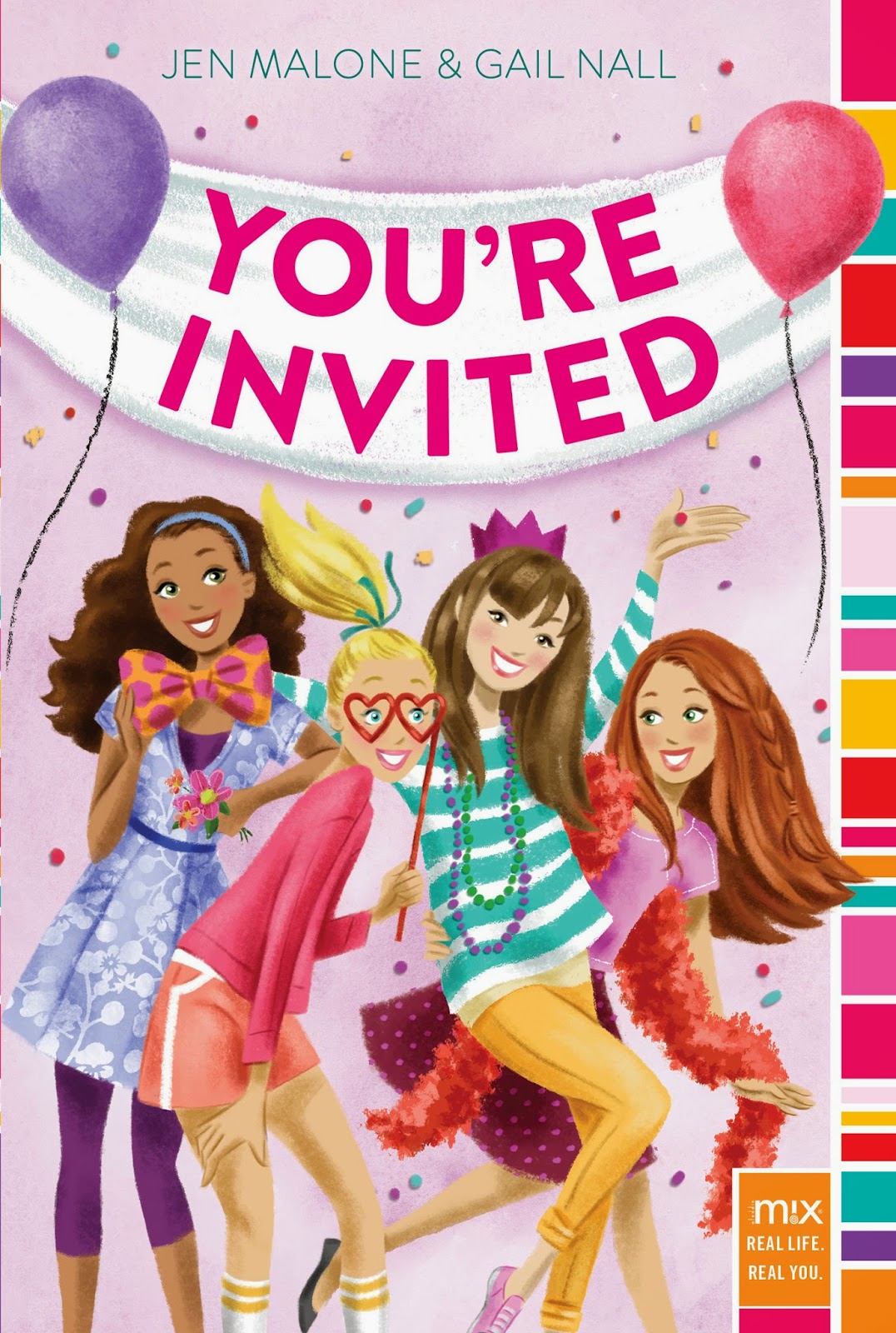 Welcome to Part Two of Jen and Gail's Amazing Adventures in Co-Writing! Basically, we've had a lot of people ask how exactly this co-writing thing works, so we thought we'd write it all down, step-by-step. Part One covered the concept and sale of the series, and you can find that on Amy Trueblood's blog (and there's a giveaway over there, so you definitely want to read it!). This is Gail, taking over Part Two, which will cover the drafting process.

We'd written the first several chapters in Word, emailing them back and forth. Once the books sold, we quickly figured out that this was really cumbersome, not mention confusing, with all of those drafts flying around. We decided to take a chance on GoogleDocs, so we both had access to the document at all times and always had a current version. Working off our outline, we wrote one chapter at a time. For instance, Jen would write a chapter and send me an email to let me know it was complete. I'd go in and leave notes and maybe adjust some lines of dialogue either of “my” characters spoke in order to keep the voices consistent. Then I’d start writing the next chapter. Meanwhile, she’d revise the one she’d finished based on my notes. Then we’d do the same thing in reverse for the next chapter. Co-writing is like having a built-in immediate critique partner. (And, for those of us who NEVER show our first drafts to anyone, this is a little scary)!

There were pros and cons to this method. You know those days when the words are flying and you can just write and write and write? Here, we were limited to one chapter at a time, and it could be a week before it was time to write again. We had to learn to jump in and out of the story. However, we were revising a lot as we went and having another set of eyes on a chapter-by-chapter basis made it easier to spot plot holes and correct before they got really out of hand. Getting the forced distance allowed us to reread chapters with fresh eyes and our first draft was very polished compared to either of our normal first drafts.

Having someone else equally invested and interested allowed us to brainstorm on the fly (often via text message) and that was really fun. While we had the outline, we found ourselves deviating from it on occasion. Sometimes, we'd plotted too much to fit in one chapter; other times, the scene took a course neither of us anticipated. For example, I'd get an email from Jen that might say, “Chapter done! But . . . I took the ending in a different direction because it felt more in character for the girls. Let me know what you think.” Nine times out of ten, we stuck with these new ideas, just like you would when writing on your own.

We also found that we were writing for a specific audience – each other -- and anticipating how the other would react to a scene. I wanted Jen laughing on the other side of the screen, and that made me up my game. It also kept us moving along at a quick pace. No putting off writing that next chapter when someone is waiting on it so she can draft hers!

Collaborating on scenes was not so different than working with an editor on revisions and I think we both tried hard to be overly polite in suggesting changes. The alternating four-person POV meant we really took ownership over “our” chapters and “our” two characters, and we each respected and preserved that. For example, if Jen changed one of “her” girls’ lines of dialogue in one of my chapters, she’d always mark it and say, “I changed this. Is that okay?” I did the same in her chapters. Making sure neither of us was steamrolling over the other was really critical.

My favorite part of drafting with a co-writer? All of those fun little comments we'd leave each other
in the draft! Of course we left critically useful comments, but the best ones were those that started with, “LOL! This exact same thing happened to my friend when we were in Bruges in high school . . . .” Given that we couldn't write side-by-side in a coffee shop, these sidebar conversations were the next best thing.

That’s all we have space for here, but go check out Middle Grade Minded tomorrow for Part Three, where Jen will talk about revision and promotion. And remember to go back for Part One and enter the giveaway!