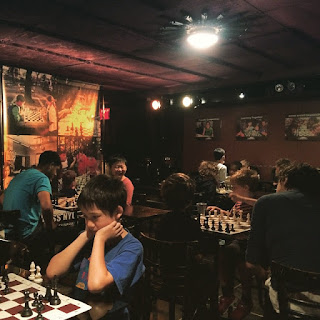 I write by day in my family owned Jazz club in NYC. For the last couple years, we’ve housed the NYC Chess program and during the summer months we have kids swarming the place. They are awesome. Super intelligent, precocious, and their extra special talents tend to peek through. How? When I get the opportunity to chat with any one of them.

Last week, ten-year-old, Caroline introduced herself, after continuing to pop over and see what I was writing on the computer. She’d ask if I was still writing, of which I’d say, yes, with a smile.

Her grin was much larger than mine when she said, “I’m a writer too.” I told her that was awesome and asked, “What do you write?”

“Oh, ” she said, and proceeded to tell me the most extravagant tale, about a tiger and how animals would take over the world in great detail. Her story was off the charts remarkable. She also told me she and her friends acted her story and filmed it in class. Too cool for school I’d say. We talked about wanting to be authors and made a secret handshake then made plans to see each other in Authorland one day.

Two days ago I met four and a half-year-old, Oliver. Oliver sang You Are My Sunshine to a group of ten children and a few adult strangers. The happiest, shining boy I think I’ve ever met. Infectious joy is what he gave us. And I gave him a bookmark for a MG book. Maybe not the fairest trade but he didn’t complain.

Each child I’ve met here has a story to tell. They love chess. Several of the children are master chess players. And on occasion, can be found reading a book on the couch when there’s time. I’ll ask questions about the book they’re reading. I ask questions about what they like to read. We talk. The kids are often curious about what I’m doing on the computer way over in the corner. When I tell them I want to write children’s books (Because kids are the coolest!) they become more and more curious and soon want to read or know more about what I’m writing.

They become extremely interested in the process of writing. How is she doing it? What is she writing? Curiosity is the way of the child. Getting them to ask questions, and being interested in their interests pulls them in. Good old conversation, and I do love chit chatting.

I love that Caroline has an opportunity to write and act out her stories in school. This is a very powerful tool for children. We used to do this as kids in the playground – back when there wasn’t much on the “screen”.

If kids can see their words and ideas in moving reality they’ll be hooked. I think this is especially true for the reluctant reader. I have a son who has dyslexia and loves acting in the theater. Reading scripts pulled him back to the written word. Now he wants to write stories. A win for both of us!

Have summer camps helped you reach readers? What type of camp? 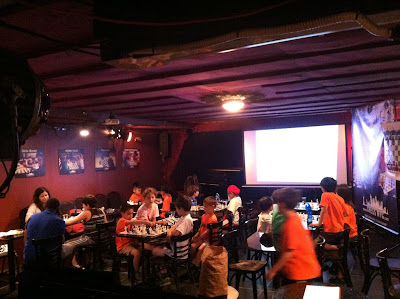