Today we have a very special treat. The authors who make up the Back To School Bookshelf Tour are here to spill their secrets about their debut novels. Read on to learn more about the first four debuts featured today! We'll meet the final four debuts on Thursday, September 15th, so make sure to come back for Part Two--and stick around for the giveaway below! 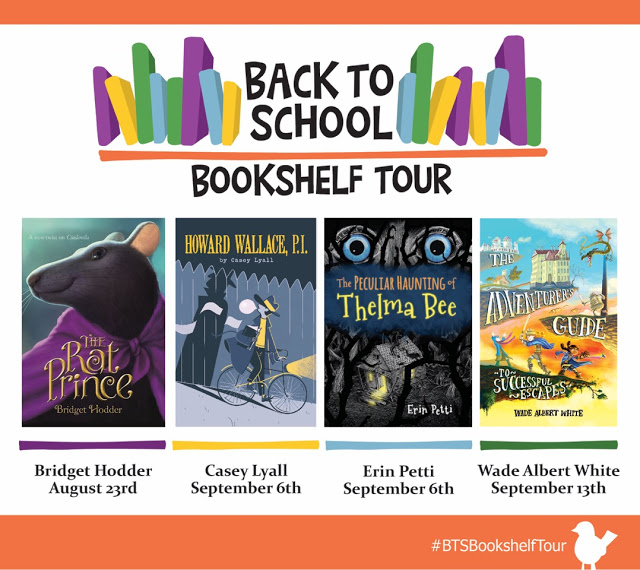 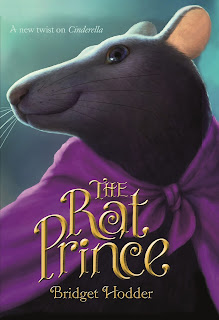 The dashing Prince of the Rats--who's in love with Cinderella--is changed into her coachman on the night of the big ball. And he's about to turn the legend (and the evening) upside down on his way to a most unexpected happy ending!

1) I actually wrote an epilogue to THE RAT PRINCE, telling what happened to every important character after the end of the book! Jessamyn, Swiss, Pye, even Eustacia...I know their futures. Maybe someday I'll leak the information, bit by bit.

2) And guess what...for my own purposes, I wrote a swoony fairytale "Prequel" to THE RAT PRINCE, too, explaining how Good King Tumtry and Queen Monette fell in love and married. This background was essential to me as I developed a deep understanding of their characters, and of how their son Prince Geoffrey's personality developed the way it did.

3) My last secret thing? It was really hard for me to leave the Kingdom of Angland after I finished writing Prince Char and Lady Rose's story. I still revisit it--and them--in my dreams.

Bridget Hodder was an archaeologist, translating ancient documents in order to tell the stories of long-dead civilizations. Then she realized she had her own stories to tell. http://www.bridgethodder.com 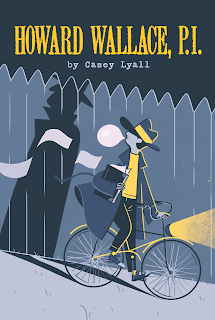 Twelve-year-old Howard Wallace lives by his list of rules of private investigation. When a hot case of blackmail lands on his desk, he’s ready to take it on himself . . . until the new kid, Ivy Mason, convinces him to take her on as a junior partner and things quickly get out of hand.

1) Howard’s former best friend Miles is a nod to Sam Spade’s partner Miles Archer in THE MALTESE FALCON.
2) Howard was almost named Harold, but I remembered I’m saving that name for a carrot.
3) HOWARD WALLACE, P.I. is not my first mystery story. (Dun, dun, dunnnnn!) I wrote a short story in fifth grade called JOHN WINK, PRIVATE EYE. I tried to draw John as a magnifying glass, but that looked weird with arms and legs and weirder without so I just stuck with drawing a regular dude, but I gave him a sweet hat. 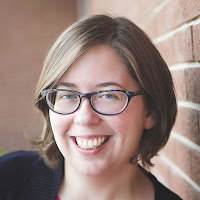 Casey Lyall (5’4”, brown hair, blue eyes, no known aliases) is a middle grade writer from Southwestern Ontario. She can often be found working on a story, full of cookies, surrounded by cats. http://www.caseylyall.com/

THE PECULIAR HAUNTING OF THELMA BEE 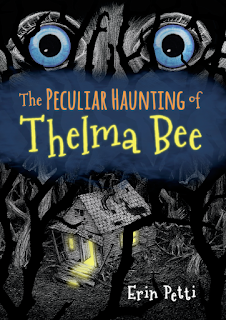 Eleven-year-old budding scientist Thelma Bee has adventure in her blood. But she gets more than she bargained for when a ghost kidnaps her father. Now her only clues are a strange jewelry box and the word “Return,” whispered to her by the ghost. It’s up to Thelma to get her dad back, and it might be more dangerous than she thought—there’s someone wielding dark magic, and they’re coming after her next.

1) The fictional town of Riverfish, MA is based on the real town of Maynard, MA - right down to the clock tower!

2) I lovingly based the character of Juddy MacDougal on my sister's friend also named Juddy. Just like...how do you not include a dude named Juddy?

3) Initially I had no idea, or expectation, that the book would be illustrated. You can imagine my shock and absolute delight once I saw all the gorgeous line drawings inside the pages!

Erin Petti lives under big pine trees in Massachusetts with her husband, excellent daughter, and helpful cat. She loves to read about magic, dinosaurs, folklore, and ghosts. Erin has a Masters in Education and a background in improvisational comedy. www.erinpetti.com

THE ADVENTURER'S GUIDE TO SUCCESSFUL ESCAPES 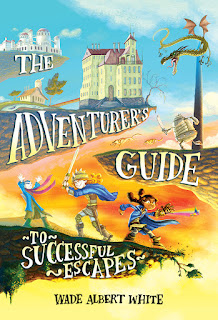 Anne has spent most of her thirteen years dreaming of the day she and her best friend Penelope will finally leave Saint Lupin’s Institute for Perpetually Wicked and Hideously Unattractive Children. When the big day arrives, a series of very curious happenings lead to Anne being charged with an epic quest. Anne, Penelope, and new adventuring partner Hiro have only days to travel to strange new locales, solve myriad riddles, and triumph over monstrous foes–or face the horrible consequences.

1) I wrote the very earliest pieces of this story back in late 2002 and early 2003 (elsewhere I think I’ve mistakenly said 2004, but I actually went and checked the files this time). It had different characters and was at that point strictly a fantasy parody, but that’s how far back the original seeds were sown, some thirteen and a half years ago. And believe it or not, a few passages from the first draft actually made it all the way through and into the final version.

2) One of the people the main characters encounter during their quest is an archaeologist. Although I was never one myself, I did study a variety of ancient languages and texts during the course of my formal education, and so in part I made the character an archaeologist because of that, as a bit of a nod to that other aspect of my life.

3) There is a cat in the book whose description is based on our cat here at home.

Wade Albert White believes he is a figment of his own imagination. He has yet to prove himself wrong. Also, he's from Canada, which explains a lot. http://wadealbertwhite.com/

Thanks for sharing so many cool things with us today, BTS Bookshelf Tour! Stay tuned for more inside info on Thursday with Part 2 of this series. And now, here's your chance to win: