Secrets of Kidlit: The Call To Action - How To Get Your Protagonist On The Right Path 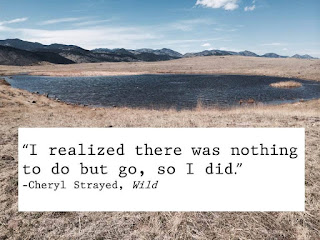 The last place I thought I'd get good advice on the craft of writing was nutrition class. After all, this class is about nutrients and basic biochemistry. There's not a lot of creative writing going on there. But the day our teacher explained why she'd stopped seeing clients, it was like a thunderbolt of clarity into the power of proper character motivation. 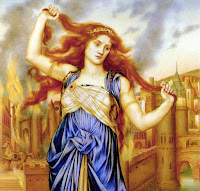 "It's exhausting," she had said. "Everyday, I'd show my clients how to improve their health, but most people wouldn't change their habits." As she shook her head, I could see she shared Cassandra's frustration - she'd inform people of what they were likely to face in the future if they didn't change, but her warnings went unheeded.

"There's only one group of people who will make a permanent change to their diet without a fuss - people who have had a major health scare."

This stunned me for a moment. Only the people who have faced the reality of death are willing to make drastic changes to their lifestyle in order to survive. That's a painful revelation. But it also shed some light on a fundamental element of storytelling. Just as people must have a profound experience that incites drastic change, so too, must our characters.

In every successful story, something pushes the main character out of his or her normal routine. It's something powerful enough that it provides them with the motivation to make a journey they never thought they could face. In fiction this is often called the call to adventure. Most of the time though, people and fictional characters would consider this "call" to be a really rotten piece of luck.

Consider these characters or people:

Harry Potter aside (we'll get to that in a minute), every single one of these "calls to adventure" starts with life-threateningly bad luck. Katniss's sister gets chosen as tribute to the deadly Hunger Games. Jyn Erso and Frodo Baggins both discover they are in the wretchedly unique position of being able to destroy the Empire/Darkness. Cassie Sullivan's "call" happens when aliens show up to take over the world, kill her parents and kidnap her little brother. Both Cheryl Strayed and Mark get a wake-up call that leads them to leave everything behind and journey into the wilderness to save themselves by re-discovering the meaning of life.

But what about Harry Potter, you ask? There was no life-or death moment for him - not even when Hagrid pushed down the door and tied Uncle Vernon's shot gun into a knot. The wake up call in this story is much more subtle. It happens when Aunt Petunia admits that they've always known that

Harry was a wizard. She admits that they've lied to him his entire life and have always done the best they could to keep Harry's magic a secret - even from Harry. Worse, they make it clear that they have no intention of ever allowing Harry to embrace his true self. If Harry did not leave with Hagrid that morning, if he chose to stay with the Dursley's, his spirit would have continued to be crushed by his aunt and uncle and he would have experienced an emotional death.

People prefer the predictability of the life they already know so to make a change without some sort of "wake up call" doesn't often happen (for more on this, check out my previous post here). Unfortunately, not all people listen to the call. Not everyone is willing to make changes. It's the people and characters who DO listen to the call to action and take that difficult path that leads to change. In stories, this is exactly why we love and root for these characters - we want to see them succeed!

As you write, remember what draws us to read and write stories - it's that powerful human struggle to change into someone better. This is why it's important to kick your character out of his or her routine and set them on the path to empowerment. Keep in mind, drastic change is always unpleasant. And it might taste like kale-tofu smoothies.

But it also forces your character to grow in ways he or she didn't expect, and that helps to keep readers engaged in your story.