Today we're super excited to host the cover reveal for Rachele Alpine's upcoming middle grade novel, FRIDAY NIGHT STAGE LIGHTS! I love that title (and not just because it immediately made me think of Tim Riggins and Coach Taylor), and I can't wait to get my hands on this book.

Brooklyn Gartner eats, sleeps, and breathes ballet. But after her mom gets remarried and moves them to Texas, everything changes. Brooklyn’s life ends up being all about football. Football is all her parents—not to mention the entire town—seem to talk about. It’s not like she can ever get a break from it either because her new stepbrother is the star of Leighton High School’s football team.

Brooklyn has a chance to escape the football-obsessed fans if she can get into her dream high school, The Texas School of the Arts, where she’ll be able to pursue her passion for dance. But first she has to make it through a big showcase, where a ton of scouts will be watching-including one from TSOA. She doesn’t mind the extra rehearsal time. That is, until the middle school football players invade her dance studio, thanks to a new conditioning program that will (hopefully) help them with stamina and coordination. The studio was Brooklyn’s sanctuary—and now even that seems to be ruined by football!

As if things couldn’t get any worse, Brooklyn’s dance partner gets injured, and she is left to pair up with Logan, a football player on the middle school team, in order to perform for her audition. But there is one condition to his offer: Brooklyn has to at least try to learn the game of football and respect what the team does, and he will do the same for her—and hopefully get her into her dream school.

With some fancy footwork, teamwork and a little understanding, can Brooklyn make her mark, and finally feel comfortable in her new life? 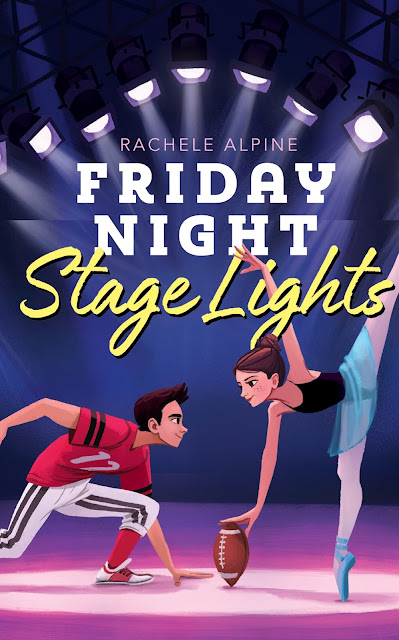 Perfect, right? Here's what Rachele had to say about it . . .


I’m so happy to share this cover with all of you. I love that it’s not too girly and not too sporty; it’s just the right mix of both! And the look on the faces of my two main characters, Brooklyn and Logan, capture the fun competitive edge between the two of them perfectly. And can we talk about the freckles on Brooklyn’s face!?! As someone who grew up covered in freckles, I am so excited that the artist added them to Brooklyn!
FRIDAY NIGHT STAGE LIGHTS will be out in Fall 2018 from Aladdin M!X/Simon & Schuster. I don't know about you, but to me, that seems like forever away! In the meantime, we can catch up on Rachele's other middle grade books -- OPERATION PUCKER UP, YOU THROW LIKE A GIRL, and BEST. NIGHT. EVER. Or her young adult novels -- CANARY and A VOID THE SIZE OF THE WORLD. 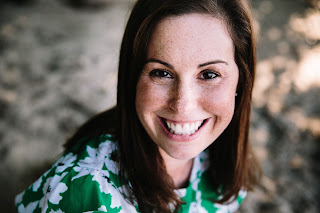 One of Rachele Alpine’s first jobs was at a library, but it didn’t last long, because all she did was hide in the third-floor stacks and read. Now she’s a little more careful about when and where she indulges her reading habit. Rachele is a high school English teacher by day, a wife and mother by night, and a writer during any time she can find in between. She lives in Cleveland, Ohio where she writes middle grade and young adult novels. Find Rachele on Twitter, Instagram, Facebook, and Goodreads.