It's that time of year again! Last year's Halloween post featured creepy activity books and myths and legends, check it out HERE. But this season, it's middle grade novels! So, all of the...

Plus, obviously, lots of this...

And what better way to get into the Halloween spirit than with some creepy recommendations for several spooky reads?! (Psst! Enter to win a copy a couple of these books at the bottom of the post!) 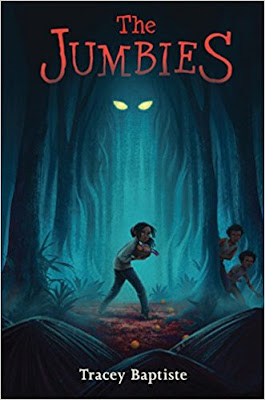 The Jumbies by Tracey Baptiste

Corinne La Mer isn’t afraid of anything. Not scorpions, not the boys who tease her, and certainly not jumbies. She knows that jumbies aren’t real; they’re just creatures parents make up to frighten their children. But on All Hallows’ Eve, Corinne chases an agouti all the way into the forbidden woods. Those shining yellow eyes that follow her to the edge of the trees, they couldn’t belong to a jumbie. Or could they?Corinne begins to notice odd occurrences after that night. First she spots a beautiful stranger speaking to the town witch at the market. Then this same beauty, called Severine, turns up at Corinne’s house, cooking dinner for her father. Danger is in the air. Sure enough, bewitching Corinne’s father is the first step in Severine’s plan to claim the entire island for the jumbies. Corinne must call on her courage and her friends and ancient magic to stop Severine and to save her island home. 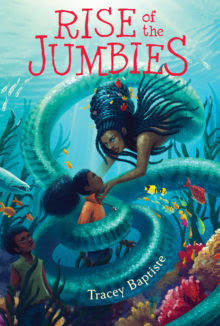 Rise of the Jumbies by Tracey Baptiste


The sequel to the highly praised novel The Jumbies takes Corinne and her friends on another spine-tingling adventure under the sea.

Corinne LaMer defeated the wicked jumbie Severine months ago, but things haven’t exactly gone back to normal in her Caribbean island home. Everyone knows Corinne is half-jumbie, and many of her neighbors treat her with mistrust. When local children begin to go missing, snatched from the beach and vanishing into wells, suspicious eyes turn to Corinne.

To rescue the missing children and clear her own name, Corinne goes deep into the ocean to find Mama D’Leau, the dangerous jumbie who rules the sea. But Mama D’Leau’s help comes with a price. Corinne and her friends Dru, Bouki, and Malik must travel with mermaids across the ocean to the shores of Ghana to fetch a powerful object for Mama D’Leau. The only thing more perilous than Corinne’s adventures across the sea is the foe that waits for her back home.
👻My 11-year-old avid reader is currently reading The Jumbies and LOVING it!👻 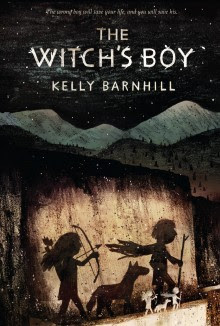 The Witch's Boy by Kelly Barnhill

“A lightning bolt erupted from the cloud and aimed directly at Ned’s heart. He couldn’t cry out. He couldn’t even move. He could just feel the magic sink into his skin and spread itself over every inch of him, bubbling and slithering and cutting deep, until he didn’t know where the magic stopped and he began."

When Ned and his identical twin brother tumble from their raft into a raging, bewitched river, only Ned survives. Villagers are convinced the wrong boy lived. Sure enough, Ned grows up weak and slow, and stays as much as possible within the safe boundaries of his family’s cottage and yard. But when a Bandit King comes to steal the magic that Ned’s mother, a witch, is meant to protect, it’s Ned who safeguards the magic and summons the strength to protect his family and community.

In the meantime, in another kingdom across the forest that borders Ned’s village lives Áine, the resourceful and pragmatic daughter of the Bandit King. She is haunted by her mother’s last words to her: “The wrong boy will save your life and you will save his.” But when Áine and Ned’s paths cross, can they trust each other long enough to make their way through the treacherous woods and stop the war about to boil over?


👻This author is one of said avid reader's all time favorites!👻 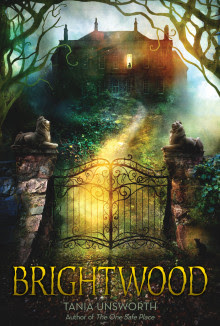 In this spine-tingling tale where the line between imagination and madness is sometimes hard to find, a girl fights to save her home and her life from a mysterious stranger.

Daisy Fitzjohn knows there are two worlds: the outside world and the world of Brightwood Hall, her home—and the only place she’s ever been. Daisy and her mother have never needed a life beyond Brightwood Hall, with its labyrinth of rooms, many animals, and stores of supplies. Daisy has no computer or phone, but she has all the friends she could want, including a mischievous talking rat named Tar and a ghostly presence of a long-ago explorer who calls herself Frank.

When Daisy’s mother leaves one morning without saying goodbye, a strange visitor, James Gritting, arrives on the estate claiming to be a distant cousin. But as the days tick by and Daisy’s mother doesn’t return, Gritting becomes more and more menacing. He wants to claim Brightwood for himself, and Daisy soon realizes he will do anything to get it. With no one to help her but her imaginary friends, Daisy must use her wits and her courage to survive.
👻Talking animals and a haunted mansion, yes please!👻 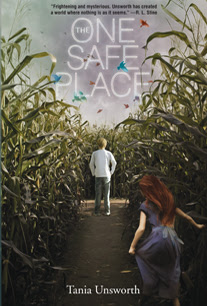 The One Safe Place by Tania Unsworth


In this near-future dystopia with echoes of The Giver and Among the Hidden, Tania Unsworth has created an unsettling and fast-paced page-turner that’s wholly satisfying and startlingly original.

Devin doesn’t remember life before the world got hot; he has grown up farming the scorched earth with his grandfather in their remote valley. When his grandfather dies, Devin heads for the city. Once there, among the stark glass buildings, he finds scores of children, just like him, living alone on the streets. They tell him rumors of a place for abandoned children, with unlimited food and toys and the hope of finding a new family. But only the luckiest get there.

An act of kindness earns Devin an invitation to the home, but it’s soon clear that it’s no paradise. As Devin investigates the intimidating administrator and the zombie-like sickness that afflicts some children, he discovers the home’s horrific true mission. The only real hope is escape, but the place is as secure as a fortress.
👻I'm a sucker for creepy corn mazes so this cover totally has me!👻

::As promised, enter (US only) for a chance to win The Jumbies and Rise of the Jumbies by Tracey Baptiste::