Guest Post with Veera Hiranandani, author of The Night Diary 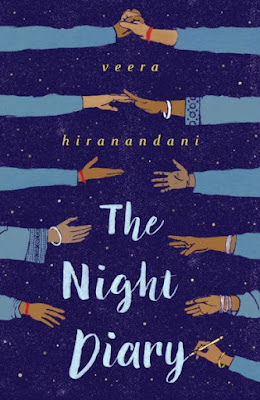 The Night Diary is the story of twelve-year-old Nisha, whose family undertakes a dangerous journey from Pakistan into India as refugees. What do you hope readers come to understand about the plight of refugees?

My father was also a refugee and had to leave his home during the Partition of India in 1947, which is what inspired me to write this story. To me, of course, my father is an individual human being with many experiences, one of them being a refugee. This is true for every refugee. I attempted to create a specific human experience in the book, so perhaps when people hear certain labels, like the term “refugee,” they not only have respect and empathy for what that label represents, but also remember that each person who carries this label is a person with their own story. We all have our own unique stories under whatever labels we carry.

In 1947, India separated into two countries—Pakistan and India. The divide created tension between Hindus and Muslims, and half-Muslim, half-Hindu twelve-year-old Nisha doesn't know where she belongs. Did you share her sense of displacement in your middle school years?

I definitely shared her sense of trying to bridge her multiple identities. My mother was born in this country and is Jewish. My father was born in India and is Hindu. I grew up in Connecticut in the 70’s and 80’s and often felt confused about my identity and the only person “like” me. But Nisha feels this confusion on a much greater scale with life-threatening stakes attached to it. She is also literally displaced. I could only do my best to imagine what that might have felt like. I wanted her to have a connection with both identities that were suddenly pitted against each other and ask the question--if I’m connected to both “sides” and my country is being split in half, where do I belong?

The Night Diary is in epistolary format—meaning, written in letters. What inspired this narrative structure?

I like to give myself some boundaries as a writer which helps me think more carefully about my choices as I write. I knew that Nisha was extremely shy, and I felt excited by the idea of the reader getting to know a very intimate side of her through the diary format that no one else in her life would see. But an epistolary format has limitations regarding how a writer maintains the narrative flow and how one builds scenes or includes dialogue. At times, I decided to create more expansive scenes for the reader than an actual twelve-year old might do in real diary, but I hoped that readers would want to take a leap with me for the sake of the story.

I love books with maps. How excited were you to see a map in The Night Diary?

I was VERY excited. It is so beautifully done! Designer and cover artist, Kelly Brady at Dial (and the rest of the design team) did a phenomenal job. I showed it to my father and he was really moved. I think the map made it very concrete for him. He got quiet and then said, “that’s the same journey we took.” I got a little choked up. Also, for young readers, I think it’s helpful and rewarding to have a visual guide, and a gorgeous one at that!

What is one aspect of The Night Diary that you wish readers were more aware of?

Well, Partition and India’s independence is such a huge part of our global history and it is surprising that so many people growing up in this country do not learn much about it, if anything at all. But there are many events in world history which we don’t learn about as Americans. So I hope my book can create more of a global awareness. I also hope people can learn from some of the mistakes that were made, for example, how dividing people into groups based on religion or ethnicity creates fear and xenophobia. Inevitably hatred grows towards the other “side.” Hindus, Muslims, and Sikhs lived together peacefully in most communities all over India. Then when Partition happened, and Muslims were supposed to live in Pakistan and Hindus and Sikhs were supposed to live in India, these same communities attacked each other. 1-2 million people died during Partition and it was meant to be a triumphant time for India, since they had just gained independence after decades of British rule.

According to your bio on your website, you love arcades. What are your favorite arcade games?

Ha! That was a long time ago, but I was all about Frogger, Donkey Kong, and Pac Man.

Have you read any great middle grade stories lately? What books should we move to the top of our TBR piles?

It is an exciting time for middle grade—so many amazing options. A great pair with The Night Diary is Supriya Kelkar’s Ahimsa, which covers India’s freedom movement a few years before Independence and Partition. I also love Sheela Chari’s Finding Mighty and Sayantani Das Gupta’s The Serpent’s Secret.

You mentioned that food is an important part of your personal narrative. What foods should readers keep an eye out for in The Night Diary?

There are many, but mostly I mention simple, everyday foods based on what my father remembers eating as a child. A typical breakfast for him would be chapati (a flat, round bread) and yogurt or dal. His favorite snack and one of mine is pakora--delicious vegetable fritters. One of my most loved desserts is gulab jamun, which are fried milk balls in rosewater syrup. I highly recommend them if you have a sweet tooth like I do. Actually, I have an everything tooth.

Can you give us a hint about what you are working on now?

I’m working on another historical middle grade novel, but focusing on a different time in history, inspired again by my family but in a another way. I’m also working on a YA novel, my first attempt at something speculative. There, of course, will be many mentions of food in both! Thanks for asking such great questions! I enjoyed it! 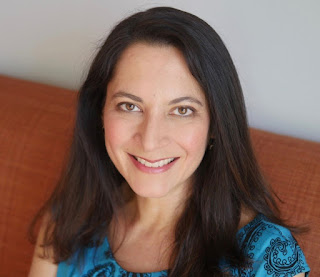 Veera Hiranandani is the author of The Night Diary (Dial), which was featured on NPR's Weekend Edition and is a New York Times Editor's Choice Pick, The Whole Story of Half a Girl (Yearling), which was named a Sydney Taylor Notable Book and a South Asian Book Award Finalist, and the chapter book series, Phoebe G. Green (Grosset & Dunlap). She earned her MFA in fiction writing at Sarah Lawrence College. A former book editor at Simon & Schuster, she now teaches creative writing at Sarah Lawrence College's Writing Institute and is working on her next novel.