We are so excited about
El Jefe's middle grade debut 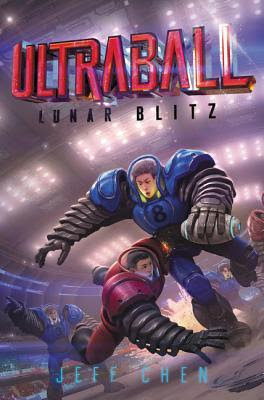 Strike Sazaki loves defying gravity on the moon in his Ultrabot suit. He’s the best quarterback in the league, but while Strike’s led the Taiko Miners to the Ultrabowl three years in a row, each one has ended in defeat.

This year, Strike thinks he’s finally found the missing piece to his championship quest: a mysterious girl who could be his new star rocketback. But Boom comes from the Dark Siders, a mass of people who left the United Moon Colonies to live in exile. And not all his teammates are happy sharing a field with her.

When rumors surface of a traitor on the Miners, Strike isn’t sure who he can trust. If Strike can’t get his teammates to cooperate and play together, they’ll lose more than just the Ultrabowl. The stake of the colony’s future is on his shoulders.

Jeff's book, Ultraball: Lunar Blitz, will be available
on January 15th.
In the meantime, don't miss the Goodreads giveaway.