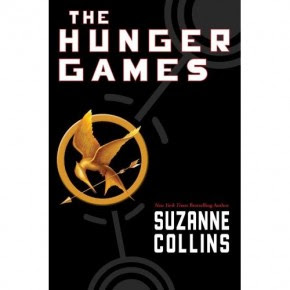 Tell us a little about yourself: what is your first name, how old are you, and what is your favorite ice cream flavor?
Hi! My name is Isabella. I am 12 years old and I really like mint chip ice cream!

What book did you read and why did you choose it?
My favorite book is The Hunger Games and I chose to read it because everyone was telling me it was a great book. So I read it and now it is my favorite book and book series.

Can you describe this book in one word?
Thrilling.


What was your favorite part of this story?
When they enter the arena.

If you had a problem similar to the main character's problem, what would you do?
I am definitely not as brave as the main character, so if I was to be put in the Hunger Games, I would probably stay close to someone I knew. If I didn't know my fellow tribute, then I would look for food and water and do what my mentor told me.

What would you say to your best friend to convince them to read this book?
This book has something for everyone! It has adventure, action, romance, sadness and more.

Can you name another book that reminds you of this one?
I have never read the book Legend, but the people who have, have told me that this book reminds them of The Hunger Games.

If you could ask the author one question about this book, what would it be?
When you wrote the book, how did you visualize everything?

Here's an answer Suzanne Collins provided in an interview on Scholastic that gives some insight into how she created the amazing world in The Hunger Games:

A lot of people tell writers to write about what they know. And that's good advice, because it gives you a lot of things to draw on. But I always like to add that they should write about things that they love. And by that I mean things that fascinate or excite them personally.

The Hunger Games is full of things that intrigue me; you know, it's dystopia, it's got kids in it, it's gladiators, it's war, there are genetic mutations. The Underland Chronicles has fantasy, animals, sword fighting. And if you write about things that you feel passionately about, it is so much easier to write.


***
Thank you Isabella for sharing The Hunger Games with The Kidliterati!
***
The Hunger Games by Suzanne Collins
Could you survive on your own, in the wild, with everyone out to make sure you don't live to see the morning? In the ruins of a place once known as North America lies the nation of Panem, a shining Capitol surrounded by twelve outlying districts. The Capitol is harsh and cruel and keeps the districts in line by forcing them all to send one boy and one girl between the ages of twelve and eighteen to participate in the annual Hunger Games, a fight to the death on live TV.

Sixteen-year-old Katniss Everdeen, who lives alone with her mother and younger sister, regards it as a death sentence when she steps forward to take her sister’s place in the Games. But Katniss has been close to dead before—and survival, for her, is second nature. Without really meaning to, she becomes a contender. If she is to win, she will have to start making choices that will weigh survival against humanity and life against love.

Email ThisBlogThis!Share to TwitterShare to FacebookShare to Pinterest
Labels: Gail Nall, Kidliterati_Ten, YA