It happens everywhere. To writers of all kinds. Birthday parties, work, your daughter's soccer practice, the coffee shop, a friend's house.

The "you're a writer, you should write a story about *fill in the blank*" scenario. Don't get me wrong, I love when people get excited to hear I'm a writer. I love to talk books and writing but if ideas were suggested, I'd listen politely then let the ideas drift off into space. I wasn't being rude or ungrateful or disinterested. Not at all. No, the reason was simple: the massive list of ideas I already had stored in my brain (or a file in my laptop or scrawled in a notebook). The ideas were stacked a mile high, it was time I was short on. But (yes, there is a but!) I had a change of heart. Thanks to my 7-year-old son.

Him: "You know how you said you added lightning bugs to your story?"

Him: "What if you made them bugs that had like real fire in them that made them light up? And if people touched them they lit up like a ball of fire? You know, like a sparkler!" 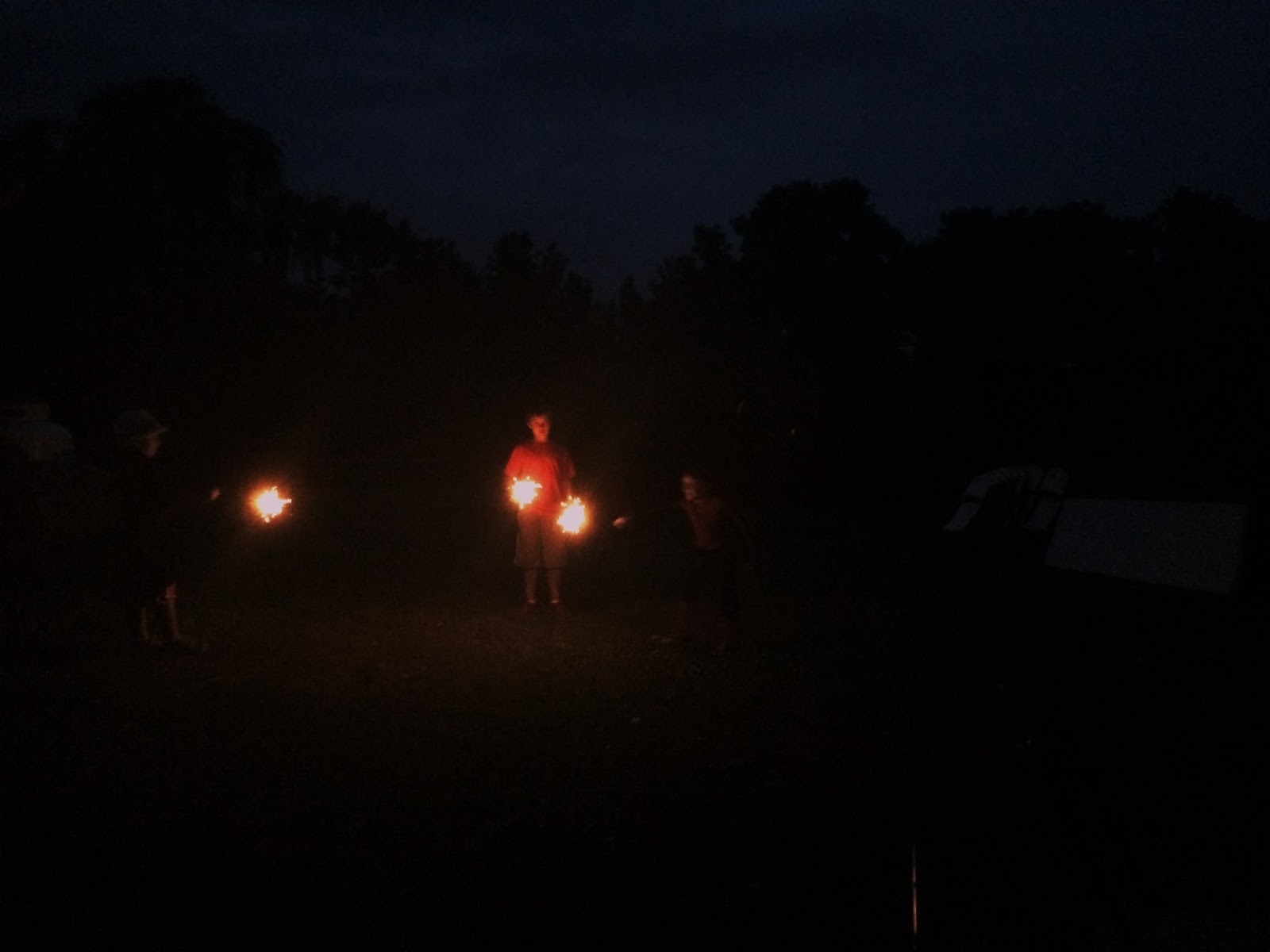 While I didn't end up using my son's exact idea, I did jazz up my lightning bugs and it worked perfectly. A magical touch I hadn't even realized the scene lacked. Sure, I was grateful for the suggestion and the improvement it made and using an idea my son had come up with, but I was also grateful for the wake up call he provided. I may not need another story idea but what writer can't use more ideas? You may not want to write a book about your neighbor's great grandfather who struck it rich in the gold rush then gambled every last penny away, but part of his story might be the perfect background for one of your characters. A character you haven't yet created.

Since that day I haven't let an idea slip past me. I value each and every one of them, listen intently, write them down, take photos, make mental notes. I collect ideas of all kinds from everyone and everything that's willing to share. I catch and collect them like lightning bugs.