THE UNMOVING SKY publishes with Leap Books Shine imprint for fast paced, emotional YA and NA novellas that are a bit edgier than other Leap titles.

Last summer, my publisher sent a form, asking me to describe how I might see the cover for TUS. I’ve always loved vintage graphic book covers, in the vein of Kurt Vonnegut’s Breakfast of Champions (A favorite book) I love that the whimsical and colorful visual contrasts with the subject matter of TUS. So I narrowed down the choices and picked one. I’m pretty happy with it and enjoyed having a voice in my book’s cover design. Thank you, Ashley Poston, for creating such a cool cover!

There is nothing darker than the woods ...  until you meet your worst fear.
Jackson Bower has a lot on his mind lately. His younger brother hasn’t been the same since his mother’s death. His father’s drinking is out of control. Then there’s Jackson’s girlfriend and the grief that ties them together even as it threatens to drive them apart.
He distances himself, hoping for a little perspective at the family lodge. But when their father gets drunk and dangerous, he and his brother escape into the woods.
Night creeps in, and the rains come fast. Artie slips down a ravine. He’s wounded and the brothers seek shelter in a cave, only to find someone else already taking refuge there.
A desperate man with plans to destroy their town.
Jackson must get him and his wounded brother out of the cave and over the mountain to warn everyone in time. Without getting them both killed first. 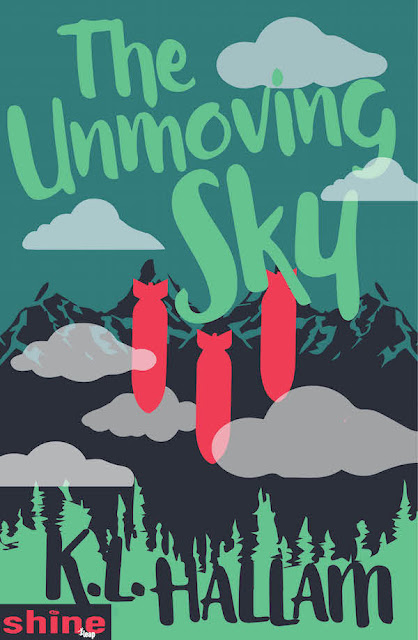 I love my book trailer! The first, and second time I watched I cried. My editor, Judith Graves helped in creating the trailer. Actually, she did most of the creating, and my dear friend, guitarist, Bruce Edwards of Dark Tone Music infused it with his musical magic. He's amazing if you ever need commercial tunes!