Reaching Readers: Don't Judge a Book By Its Cover 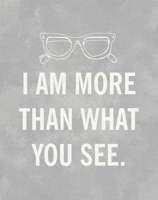 Back in the day when I was an awkward tween, complete with braces, glasses, and frizzy hair, I was very aware that some of my classmates looked a lot better than I did. Many of them dated the boys I crushed on, won “Best Looking” in the yearbook, or simply attracted attention by not doing anything at all. I used to wonder if some of those pretty people would still have all that attention if the rest of the world was blind. If nobody could see what others looked like, would that change how they thought of them?

I certainly remember dating guys simply because I thought they were cute, only later to find out that there wasn’t much substance underneath. Finding someone physically attractive, in general, is what draws us to them in the first place. The other stuff, we learn later.

But we still can’t help ourselves sometimes.

When Amy Hand, the brilliant children’s librarian at The Camden Public Library in Camden, Maine, offered to hold RUBY REINVENTED’s launch party there, of course I agreed! And when she suggested we hold a kid’s fashion show as part of the event, I nearly fainted with excitement.

What happened next surprised both of us.

I asked my daughter’s seventh grade class if they would like to participate in the event, and an equal number of boys and girls signed up to do the fashion show. These boys were just as enthusiastic as the girls, and when they strutted their stuff down the runway, they looked FAB-U-LOUS. 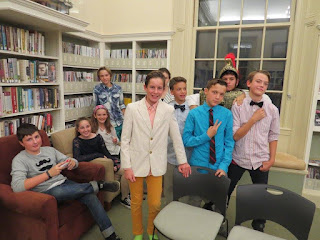 And then the next surprise hit.

All of those boys couldn’t wait to read the book. While I do like to think RUBY REINVENTED can be enjoyed by both boys and girls, the cover (which is absolutely gorgeous) is definitely marketed toward girls.

But the boys didn’t care. They saw past the outside and dove straight into the inside. I was thrilled to hear from all those boys a few weeks later. They loved the book. They stayed up late reading it. They wanted to know if there would be a sequel.

When I wrote RUBY, I didn’t write it thinking that girls would want to read it and boys wouldn’t. The thought didn’t even cross my mind. I just hoped kids would like the story, I hoped that they could relate to someone who didn’t know how she fit in. Hasn’t every kid everywhere wondered who they were, deep down inside?

I’m sure a big reason these particular boys read the book was because I wrote it, and they know me. Recently I was lucky enough to attend nErD Camp Northern New England, where I participated on a panel of how to reach readers “Beyond Books.” I asked the participants, most of whom were teachers and librarians, if they found that author visits increased excitement about reading. They all enthusiastically said yes. 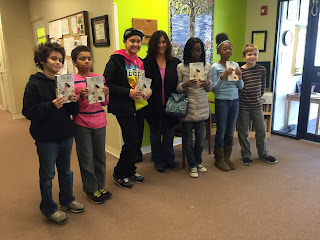 When I do school visits, the boys are just as eager and energetic as the girls are, no matter what the cover of my book looks like. Nearly as many boys purchase my books during these visits as girls do, which is the way it should be. I like to think that all books are for all kids, and that gender doesn’t matter at all when it comes to a good story.

When we talk to kids about the inside of our books--the struggles with friendships, families, and figuring out where we belong--they are much more eager to read those books than if they were just browsing the bookstore and glancing at covers. Author visits, whether in-person or via Skype, is one way to do that. I’d love to hear other ways you help your kids not to judge a book by their covers!