Before There Was Harry Potter, There Was MAGICAL ENGLAND!

Who among us hasn't lamented the end of the Harry Potter series? I mean, really, who hasn't read the books eight times apiece, listened to the audio books five times, gone to work dressed as Bellatrix LeStrange, run around parking lots with a broom between his legs, throwing quaffles at people, yelling "EXPELLIARMUS!"?

Anyhoo, well before the present-day adventures of Harry Potter, England was rife with magic. The records are spotty, but a few books have chronicled the rise of magic during the Victorian and industrial ages. I have carefully researched the available sources and present to you the most authoritative ones. Read and learn!

(Yes, I know that these are works of fiction. But a guy can dream.) 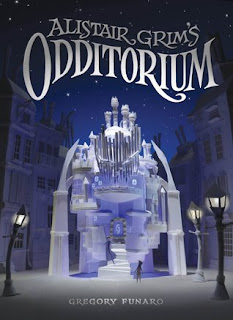 A fun middle-grade read! The Odditorium is a years-long project that Alistair Grim has been toiling to build. No one's even quite sure what the Odditorium really is. Enter young Grubb, a former chimney sweep, who is placed under Grim's protective wing.

At first, Grubb is simply relieved to be finally in a safe situation, removed from a dangerous guardian. But when he begins to explore the secret rooms of the Odditorium, he realizes that he may not be so safe after all. Especially when the building pulls itself from the ground and runs from an attack, like a enormous mechanical spider!

A ton of interesting ideas thrown together in this adventurous journey. 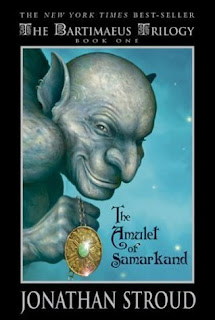 More for the young adult crowd, the Bartimaeus Trilogy presents the world of magicians and symbology from the eyes of a snarky djinni, continually plotting to take revenge on the magicians who have summoned him into the physical world against his will.

The latest of these is 12-year old Nathaniel, a power-hungry lad bent on revenge. After hard study, the boy manages to bring Bartimaeus under his power, but he accidentally gives away his name to the spirit, thus weakening his hold. It's an uneasy partnership, Bartimaeus always cheeky to the young magician while secretly plotting to regain his freedom.

Demons with the ability to destroy nations + the magicians that strive to use them as weapons = one of the best trilogies around! 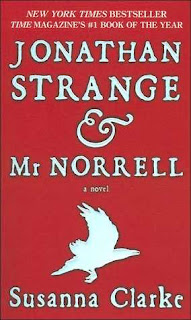 Finally, one for the adults out there. Rumors of a real, practicing magician make their way around England, and members of The Learned York Society of Magicians, are of course skeptical--magic died out hundreds of years ago.

Or did it? Mr. Norrell, an academic sort who usually stays in to read his precious books, is called upon to prove the claims. When he makes the statues in York Cathedral speak, England is forever changed, as people battle for position and influence over the few people that can wield real magic.

A book of epic proportions, with nothing less than the fate of England itself at stake!

Now if you'll excuse me, I need to go practice my Patronus charm. (It's a dodo, as if you couldn't guess.)