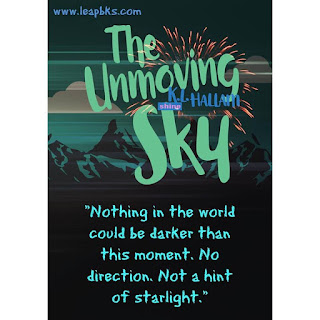 Today we get to welcome another Kidliterati book into the world! And it couldn't have been written by a more amazing person. That's right, folks. Today shall henceforth and forever be known as...

Karen is one of the most supportive writers we've ever known. She's always there to celebrate, to listen, to support in any way possible every person she's ever met. And what better way to say thank you than to tell the world about her incredible book? So let's get to it. Ladies and gentlemen, I'm honored to formally introduce you to THE UNMOVING SKY by K.L. Hallam:

There is nothing darker than the woods, until you meet your worst fear.

Jackson Bower has a lot on his mind lately. His younger brother hasn’t been the same since his mother’s death. His father’s drinking is out of control. Then there’s Jackson’s girlfriend and the grief that ties them together even as it threatens to drive them apart.

He distances himself, hoping for a little perspective at the family lodge. But when their father gets drunk and dangerous, he and his brother escape into the woods.

Night creeps in, and the rains come fast. Artie slips down a ravine. He’s wounded and the brothers seek shelter in a cave, only to find someone else already taking refuge there.

A desperate man with plans to destroy their town.

Jackson must get him and his wounded brother out of the cave and over the mountain to warn everyone in time. Without getting them both killed first.

Right? I mean, this book is incredible. Suspense, thrills, mystery, danger. It has it all. And it's out today! So do yourselves a favor and buy this book. We'll even make it easy on you. Because that's the kind of team we are. The giving kind. Also the friendly kind. And good-looking. Also pretty-well-dressed. I mean have you seen Jeff Chen's shoe collection?

Here's where you can find THE UNMOVING SKY by K.L. Hallam:

And today, when you see Karen around on Facebook, be sure to shower her with all the well-deserved congratulations. You'll find us over there doing the same thing. Sending out all the love for this book. Celebrating K.L. Hallam Day. Probably while wearing some of Jeff's shoes. 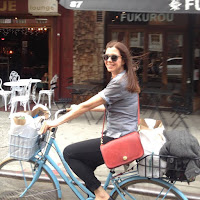 K.L. Hallam loves to write surprising, suspenseful, twisty, and moody stories or science-fiction that bends into fantasy. She'll try writing just about anything. An air force brat as a young child, who moved around to more schools than she can list, gathering the stories that would connect to her heart.

Email ThisBlogThis!Share to TwitterShare to FacebookShare to Pinterest
Labels: K.L. Hallam, YA