For this post I want to take a look at how the multicultural aspect of middle grade novels reaches readers. As we already know, children’s literature is a great medium for learning about our world and ourselves. After looking into it, I found that several writers of multicultural kid’s literature felt that their work connected with readers in two main ways: by providing an opportunity either to learn about someone else’s culture or to identify with one’s own culture.

The faculty at the Berkeley Carroll Schools in Brooklyn, NY affirms that these two aspects are essential for creating cultural connections with young readers: “Reading a novel with characters from ethnic and cultural backgrounds different from your own is one of the best ways to move beyond the world that you know. You become a bigger, wiser person every time you slip into someone else's shoes and see the world through their eyes. And you can learn a lot about your own family and cultural background when you read a book about your own ethnic roots.” 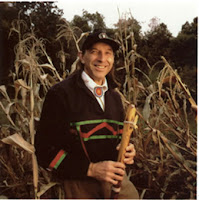 On the side of learning about someone else’s culture, award-winning author Joseph Bruchac (Code Talker) shares his thoughts on how stories can help to correct persistent stereotypical depictions of Native American peoples: “I find it important in my writing to try to present images of native children that are both accurate and positive. I don't mean going so far in the other direction that I exaggerate the positive. I intend to be realistic. But on the other hand, I want people to recognize human beings as human beings first, whatever their background may be.”

From the point of view of identifying with one’s own culture, A.A. Philips’ novel If You Believe in Mermaids … Don’t Tell helps middle graders from a non-traditional orientation relate to others who are trying to define their own personal identity: “It digs deep into the painful realities experienced by gender-variant youth. While (it) provides an unflinching look at life through the eyes of a boy who doesn't act the way "normal" boys are supposed to behave, (it also offers) healing and hope in friendships and the future.”

And in terms of bridging the connections between cultures, Uma Krishnaswami explains how one of her novels shows the commonalities between us: “One way to cross cultural borders is by normalizing customs and preferences that might typically be seen as un-American. My middle-grade novel The Grand Plan to Fix Everything employs cultural fusion to define the relationship between best friends of whom one is Indian-American and the other is not.”

Middle grade fantasy writer Akossiwa Ketoglo believes that exposure to other cultures increases compassion for others: "From my experience growing up in Togo, the children’s literature I had access to was vastly from Europe and America. I believe that increasing US children's exposure to multicultural kidlit will benefit them a lot by giving them a varied insight into the lives of other children/people from across the world. The 'other' appears scary only when we know nothing about it, and books are an excellent way to educate and hopefully teach empathy as well."

Given these factors, middle grade writers should consider cultural diversity for character development. Does any given character absolutely need to be a white middle-class male? Often the dominant culture does not provide the most interesting or representative point of view for a story. Writers need to reflect on the world's myriad voices and provide readers with a range of perspectives within a cast of characters.

In closing, it’s important to acknowledge that every story has a cultural dimension, not only because stories are a byproduct of a given culture, but also because a story’s setting and its characters invariably transmit the culture of that place and people, whether reflecting the dominant or minority culture.

What are some of your favorite middle grade novels that you feel reach readers on a cultural level? What books do you recommend that encourage young readers to make links between their own and others’ cultural experiences?